Closer look of a print from the HP 5000. This is an image on the gate post of a cemetary on a back road somewhere on the Yucatan penisula, Mexico, about a decade ago. Many years ago most water-based printers used only or primarily dye-based ink. There were years back then when Epson and Canon had no pigmented ink whatsoever. 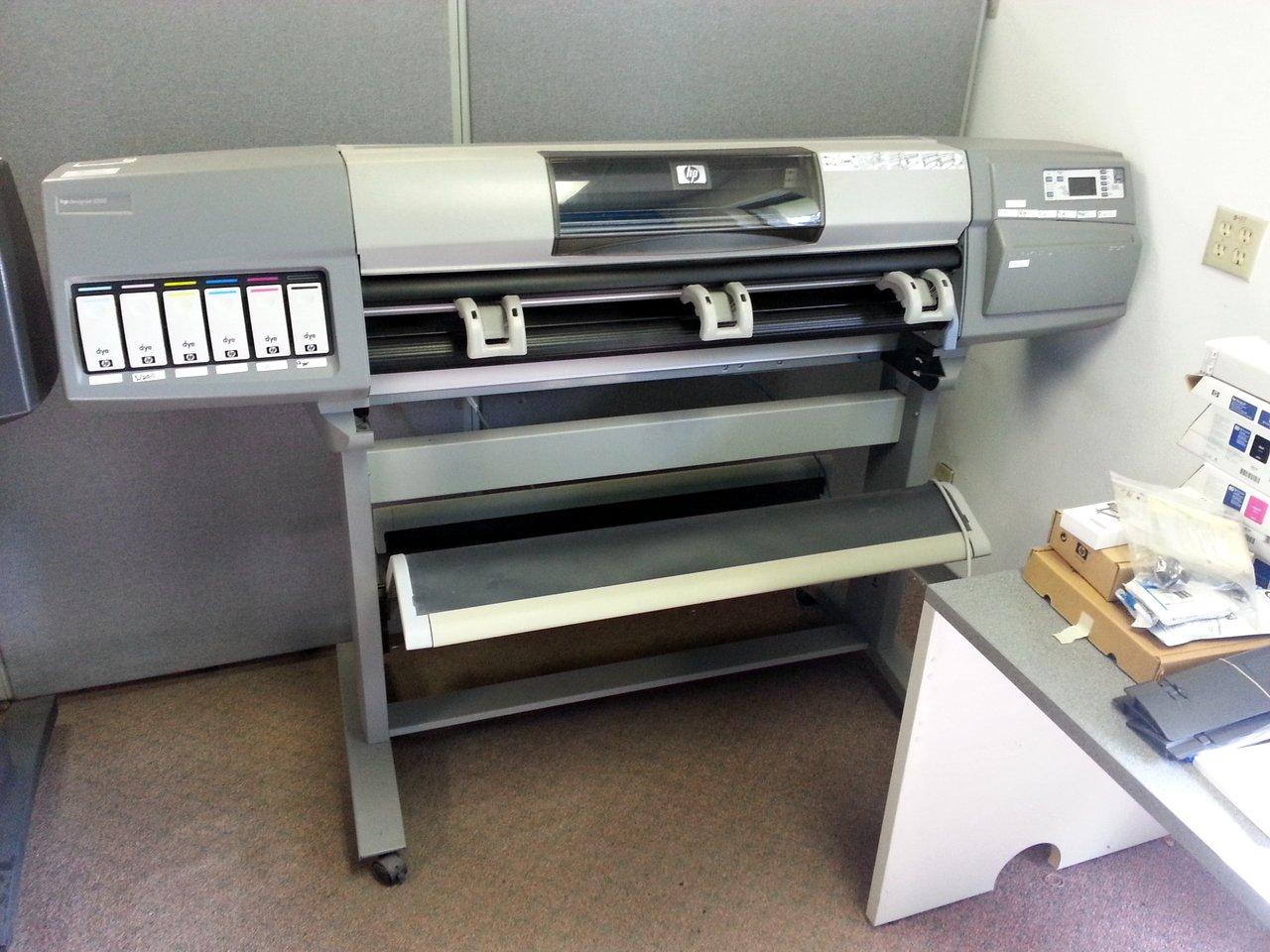 So circa 2001, there were a lot of people asking about the new HP UV pigmented inks, the new long-lasting inks for the. In those years HP traditionally released the dye based inks first. For the HP and series their pigmented inks were not introduced until quite a while after the printers were available. Thus the same sequence has been followed with the HP 5000. The HP 5000 and 5000ps (ps=PostScript mini-RIP on board) were introduced in September at Seybold San Francisco 2000 trade show. The UV pigmented inks have been in considerable demand ever since then.

Pigmented inks are needed for outdoor use, backlit, fine art giclee, and photo-realistic prints for photo studios. These inks were released during Spring 2001. FLAAR received so many requests for information on the HP pigmented inks that we kept asking for a beta set so we could reassure everyone that the inks actually existed.

Naturally other printer companies took advantage of the absence of UV pigmented inks for the HP printers. Actually of course the pigmented inks have existed all along, indeed samples of prints from these inks were discretely exhibited at several international trade shows. But since the prints were not labeled with giant signs few people noticed that the inks were pigmented. Since to our knowledge this FLAAR report is the first published notice on these new inks the FLAAR evaluations will be published on all three of our inkjet printer web sites.

The review here will discuss the loading procedure, that is, how to change the inks from dye to pigmented. The inks we received were a beta set. The inks come in one box: you get six HP printhead and cleaner sets; and one set of inks. As typical of thermal printhead systems it is usual to change the printhead when you change inks.

With most HP printers you can expect a printhead to last two sets of inks. Thus for the dye inks you can get them with, or without, a replacement printheads. In the thermal system the printheads are intended to be disposable. HP part number C2379-6001 is the UV 60 ink system. If you have a 42' printer you would get the 42 kit.

This kit consists of a box about 22 x 36 inches, the 'HP ink tube system storage. Hp Touchsmart 320 Pc Windows 7. ' Basically you take the dye based ink lines out of your printer and park them in this storage garage. All this comes with a booklet, 'Upgrading the Ink System: Ink System Removal and Installation.

Brother Printer Resetter Free Download more. 51 pages and well illustrated. We had a beta version dated October. It was a photocopy, letter size. This report is not intended to be a user's manual since the HP booklet covers everything.

I just wish to cover the steps: 1st, check your system software. If you have an early version (as did we) you have to upgrade the system software. This took forever thus I hope that the eventual commercial version of this package has everything conveniently on a CD.