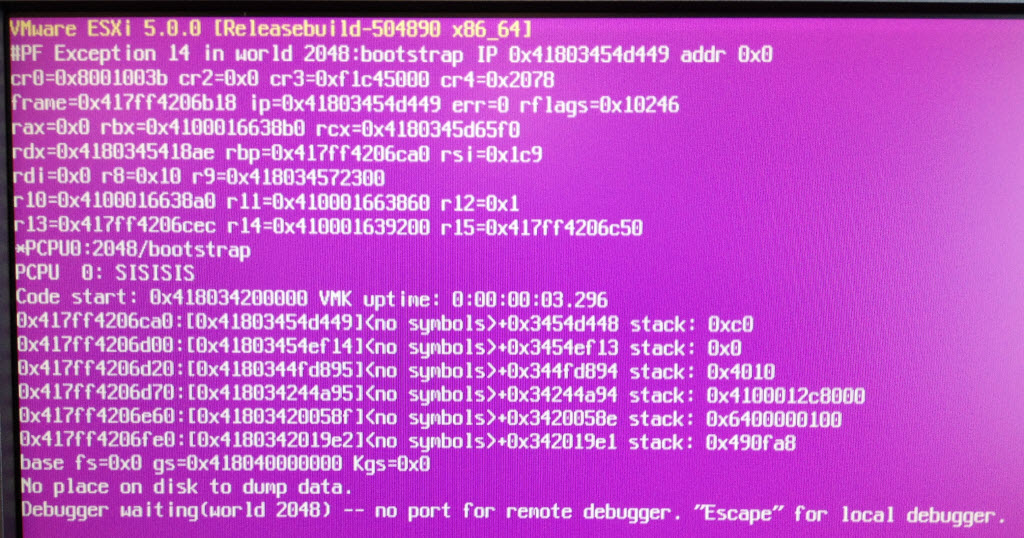 The much anticipated, at least by me 🙂, HP Proliant ML110 G6 server is finally here! Bringing up the rear of HP’s Proliant G6 server refresh the ML110 entry level server offers some improved performance and features over the previous Generation 5 (G5) model that I have been using extensively in my home virtualisation lab over the last 12-18 months. *** IMPORTANT NOTE – MEMORY *** A few readers have reported issues with using Corsair memory in the HP ML110 G6 as such I would recommend that you use official HP memory (though this is the most expensive option) or memory that others have confirmed will work in this server. I have my HP ML110 G6 running 16GB (4 x 4GB ECC) Kingston memory, details below: KINGSTON 4GB 1333MHz ECC Manufacturer Part Code: KTH-PL313E/4G Also it would be worth taking a look at Crucial’s approved memory for this server and this will also almost certainly work.

*** UPDATE *** () I have now managed to get my hands on an ML110 G6 and as mentioned below, can confirm that the CPU and network cards work just fine – as they are on the VMware HCL. Unfortunately the new B110i disk controller isn’t detected by ESX(i) at all when trying to install or run ESX(i) against it. Hopefully it will be added to the list of installed drivers sometime in the near future but in the meantime bear this in mind when going to purchase one of these new G6’s for a VMware ESX(i) host. Just to confirm, you can still run ESXi from a USB memory stick in the ML110 G6 which in turn can access VMs over an iSCSI connection to a NAS or SAN device – it’s just the local disk controller that doesn’t work with ESX(i). So What’s New Under The Hood? Here’s a summary of what’s new with the ML110 G6: • Processor: Intel Xeon 3400 Series Quad Core Processor • Memory: DDD3 PC3-10600E (>1333MHz) Memory (instead of DDR2 in the G5) • Remote Management: Integrated LO100i Lights Out Controller (this was an optional component with the ML110 G4/G5) • Power Supply: ‘Energy Efficient’ 300W PSU on all models • Security: Optional Trusted Platform Module (TPM) module • Case: The facia plate has been redesigned bringing it in line with the styling of other Proliant G6 servers. So What’s Not New?

As would be expected there are a number of areas that remain the same with the server such as memory – a 16GB max would have been nice though this would mean the ML110 would start encroaching on the ML/DL300 Proliant Series server space. • Memory: Maximum 16GB • Disk: SATA Non-hot plug as standard (though can support SAS based disk) • Disk Controller: SATA integrated • Network: Single 1Gb NIC Port • Expansion: 3 x PCI Express slots (Gen1 x4, Gen1 x8 and Gen2 x16) and 1 x 3.3 V PCI • Warranty: 1 Year (Although the original ML110/115 G5’s came with a 3 year warranty this was scaled back about 9 months ago to a 1 year warranty) For more technical details check out. Tp177 Micro Example Programs In Php here. HP Proliant ML110 G6 Models: The following table (click to visit the HP site) provides a summary of the various ML110 G6 servers: VMware ESX/ESXi Compatibility?

Abrir Archivo Encriptado Pdf Printer. Printer Driver For Hewlett Packard Laserjet 1012. With the increased range of devices now on the VMware ESX/ESXi compatibility list the news is good for the ML110 G6 with both the CPU and Network Adapter being on the list. Although the actual ML110 G6 is not on the ESX/ESXi systems compatibility list it will still work ok at least as far as the CPU and NIC are concerned.